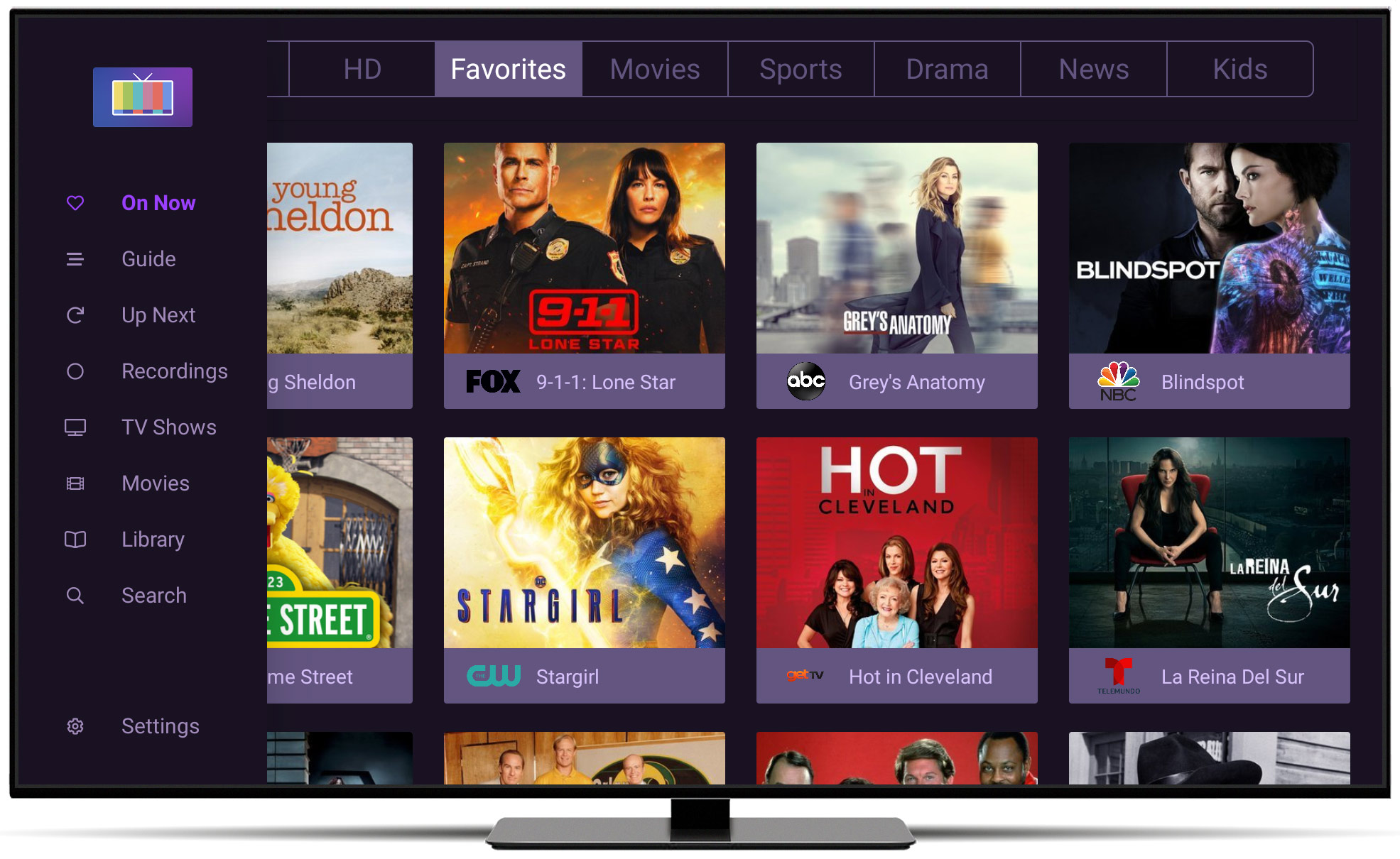 When we released the huge update for Apple TV and iOS last month, we promised that Android and Fire TV would be gaining these features throughout the rest of the year. Well, we got a lot of them done faster than we thought we would!

The new navigation sidebar is able to show more items at once and is fully customizable. You now have the power to choose what shows up in the main navigation.

Don’t use On Now? No problem, you can turn it off via Settings now.

Additionally, you can promote other sections like Movies, Up Next, TV Shows, and others to the sidebar for easier access.

The Recordings section is now a simple list of your recent recordings sorted by recording date. This has been one of the biggest requests from our fans.

What’s Not There Yet?

We’re trying to add features as quick as we can, but we want them in your hands as fast as possible. So not every feature made it into this update.

Here are some of the features that haven’t been added yet and are due to come throughout the rest of the year. We’re planning on releasing them as they’re completed.